Thoughts on the new album by Sad Iron Music 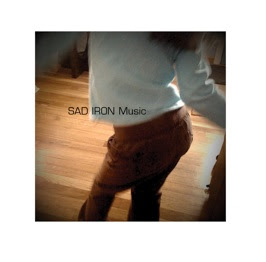 I’m listening today to Sad Iron Music. It is the first album of tunes from WV native Jason Lewis in seven years.

Jason has recorded a bunch over the last couple decades with various groups, but might be most known as the front man for the NYC band, Star City. “No Depression” magazine once called Star City“the best alt.country band you’ve never heard of.”

But, Lewis has been on a “break” from music of sorts as he attended the Iowa Writers Workshop, received an MFA in fiction, wrote a novel and short stories had a child and, from the sound of this homespun release, he learned how to record.

Before all this, Jason recorded a solo outing with the late Jay Bennett of Wilco fame.
Something sonic must’ve taken hold after that exchange, because to me, I dig the sound of Sad Iron Music over the Bennett production, not that that was bad, it was indeed sweet.

My understanding of Jason’s music has always come from one place over the years.
West Virginia.
20 years ago when I first heard him in Morgantown, I heard a songwriter wanting to get away. And now for more than a decade, I hear one who lives to get back, at least in some fashion, back, to the state of mind of this great state.

There’s not a whole lot about the lyrics or even the weepy, thick (but not overdone) sounds of this album that flat out say “WV”, but my gut tells me it is so, so, I say it out loud here and now.

But wait, there is this from Red Light..
“Midnight in the industrial park.Ten beers down and a half shift to go”
That has my family tree growing out of it

The album starts for me at Tom Waits for No One.

“You and I play out
Like an old record scratched
Jumping back every time
we get to this place
and I’d cry you a river
if I knew how to act.
But we both know which tails we should chase.”


Damn it, that’s just a flat out fantastic lyric,
and I’ll stand on Steve Earle’s coffee table and yell it.
If Jason had sent me an advance copy, I would have tried to talk him into opening the album with this, but that would probably have been the wrong choice for him, cause I’m always picking the wrong tunes to open my recordings.

The tune then breaks down into a recitation of sorts a la George Jones
“Think I’ll buy a squeeze box
And an old beat up Nash
Park out in the driveway,
Sit there and hash out
The notes to the ending
Of our crippled love song.
And will I find I knew these notes all along.”

Sweet I tell ya.


Most of the recording is, well, sad.
Sad seems to be ironed into Lewis’ soul. And, I like that, but I’m guessing that he can’t be that down.
Or, I hope he isn’t, but even the snappier numbers are bummed tunes about heartbreak and regret. The good stuff.

But, all that sadness falls aside as the CD closes with a dear tune
Vaughan’s Song
A song dedicated to Lewis’ daughter and at the risk of throwing famous references around, it reminds me of John Lennon meets the Velvet Underground.

There are some fine players on this including Randall Davis, Ryan and Adam Bernemann, Lewis’ wife, Theresa and David Chernis.

Check it out for yourself now, it is waiting for you.
http://www.sadironmusic.com/
Posted by toddburge at 6:25 AM

Todd- you write a great review (as well as all your other talents!) You make me want to track this down! Thanks for the uplift (and I'm sure thanks from "Sad Iron Music" for the good heartfelt review!

Join millions who have already discovered easier methods for investing in Ripple...

Learn from established eToro traders or copy their positions automatically