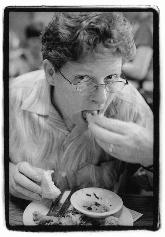 The project is a tribute to Blind Alfred Reed and sales from the project will benefit the West Virginia Music Hall of Fame.
Reed was a WV singer/songwriter and fiddler was one of Ralph Peer's discoveries on the legendary 1927 Bristol field trip that unearthed both the Carter Family and Jimmie Rodgers.

I recorded his song, The Telephone Girl with Tim O'Brien singing back up and playing fiddle and the other cats mentioned above backing the whole deal up.
It was a live recording and was also taped by WV Public Television.

Other acts scheduled to record on the project include, Kathy Mattea, Nat Reese, Ray Benson (Asleep at the Wheel), Connie Smith, John Lilly, Molly O'Brien, Dwight Diller and others.. 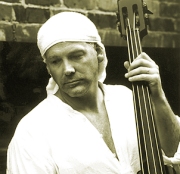 About Don DixonProducer, musician, performer, vocalist and songwriter Don Dixon is perhaps best known for his work as producer for some of America's favorite artists including R.E.M., Marshall Crenshaw, The Smithereens, and his wife, Marti Jones.
Dixon started out as a bass player and vocalist for North Carolina band Arrogance. The band's five albums spread over almost a decade and generated a fervent regional following before the band went their separate ways, and Dixon decided to try his hand at producing and creating his own solo records.
Dixon's songwriting talents garnered him a single on the Joe Cocker million-seller with "I Can Hear The River" and a co-write of the song "Time and Time Again" with the Counting Crows. And while writing, Dixon also has been playing. He played bass on Mary Chapin Carpenter's #1 single "Shut Up And Kiss Me."
Dixon completed a run in New York City, along with Jim Wann and Bland Simpson, in a rollicking cabaret show about life in the coastal Carolinas entitled "King Mackerel & The Blues Are Runnin'." Notices were outstanding. King Mack was taped and is broadcast by the North Carolina Public TV Network as part of their annual Festival fundraiser.
Dixon's album, Romantic Depressive, got wonderful reviews, incidentally causing him to tour as the support act on a bunch of amphitheater dates for Hootie & The Blowfish.
Posted by toddburge at 7:06 AM

The music of Blind Alfred Reed is known across America. But the late old-time fiddler has seldom been recognized as a West Virginian.

That's most likely about to change through the efforts of the West Virginia Music Hall of Fame, and to a Reed tribute album being recorded by some of the state's best and brightest musicians.

Reed's catalog already has been tapped by such national notables as Ry Cooder -- who gave Reed's 1929 song "How Can A Poor Man Stand Such Times And Live?" pro treatment on his 1970 debut -- and New Jersey's own Bruce Springsteen, who revived the tune just last summer, updating it with lyrics about Hurricane Katrina's devastation of New Orleans.

Yet even some local artists who knew Reed's music and social criticism were unaware of his origins. Charleston guitarist Michael Lipton had played Reed's "Money Cravin' Folks" for years, including a version worked up with his current band, The Carpenter Ants. But it wasn't until recently that Lipton learned Reed, who died in 1956, spent most of his life in the Mountain State.

"He's like the classic West Virginian," says Lipton. "His songs are full of dark humor, fatalism, religion and the importance of family. He's kind of got all the bases covered."

Grammy-winning traditional artist Tim O'Brien, a Wheeling native, has become an integral part of the tribute album, contributing a version of the Reed composition "There'll Be No Distinction Here," and assisting on several other tracks.

"When most people think of West Virginia music, they think of old fiddlers and banjo players, maybe ballad singers. But here's a songwriter that's better known outside the state," O'Brien wrote via e-mail. "This is not your standard traditional music. It's up to date even today. He wrote about real issues and his own experiences. He was an original."

Lipton, who helped found the still-evolving West Virginia Music Hall of Fame, learned more about Reed two years ago while organizing a Hall of Fame exhibit called "Music from the Coalfields." That led to the idea of a Reed tribute album, which is being produced by Don Dixon (R.E.M. and the Smithereens, as well as the Carpenter Ants) and it is hoped will feature such state greats as Kathy Mattea, Connie Smith and Jimmy Dickens.

Blind from his birth in 1880 in Floyd, Va., Reed later moved to West Virginia, splitting time between Princeton and Hinton. He became an accomplished fiddler, and his work was captured on the historic "Bristol Sessions" of 1927 -- a series of recordings of Appalachian artists that also introduced the Carter Family and Jimmie Rodgers.

It was Reed's songs that made him stand out, however. His advocacy of the working man predated Woody Guthrie's, and his songs were as current as the headlines of his day.

"How Can A Poor Man Stand Such Times And Live?" appeared shortly after the 1929 stock market crash, while "Telephone Girl" -- which O'Brien says was "nailed" by Parkersburg singer-songwriter Todd Burge for the tribute album -- was a startlingly modern fantasy about a phone operator.

Reed didn't shy from controversy, either. "Sure, he wrote some uplifting gospel songs, but they were more on the order of social criticism," says O'Brien. "There'll Be No Distinction There" is one example: at a time when segregation and anti-Semitism were still prevalent, Reed imagined a Heaven where, "The whites and the coloreds, both the gentiles and the Jews/We'll praise the Lord together and there'll be no drinkin' booze."

Groce, the host of Mountain Stage, has turned in a slow, ethereal version of "You Must Unload" that Lipton calls one of the early highlights. "He really grabbed the song by the throat." There are other potentially intriguing contributions on tap: Charleston-born singer and actress Ann Magnuson has discussed doing a version of "The Fate of Chris Lively and Wife," while Beckley native Wayne Moss -- a top session man whose credits include Bob Dylan's classic "Blonde on Blonde" -- may also join the project.

"The great thing is pulling the original arrangements and reworking them," O'Brien says. "There's all kind of ways these can be treated, and we're getting a wide variety."

The project has been funded by a grant from the Greater Kanawha Valley Foundation, and proceeds are earmarked for the West Virginia Music Hall of Fame, which still has no permanent home. However, Lipton says there is label interest in the album as well, and he's waiting to hear whether Ry Cooder -- who introduced Reed's music to more than a few listeners -- will accept an offer to write the CD's liner notes.

Whoever else gets involved, O'Brien says, "Michael Lipton, Don Dixon, and I are doing this because it's what we love.

"It's incredibly eclectic," he adds, "but if you think about the goal of the West Virginia Music Hall of Fame, it's a perfect fit."