THE BEARDED SONGS - I'll Shave After 10

This AM I set out to write a bad song. Some days, when I'm without obvious inspiration, I simply go through the motions. It may sound silly, because it is a bit, but it keeps my muscles working and possibly tooled up for when the real deal comes around.

So, I joked to myself... and wrote 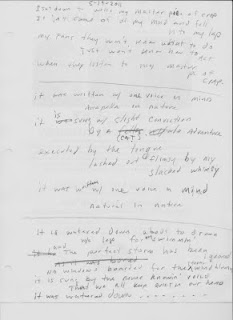 I don't see this song getting performed... not in the state that it currently resides, but it was fun and I enjoyed the wordplay.

At the end of my allotted writing time this AM, I remembered that I had a strange dark dream last night...
Last night I dreamed that I was being put to sleep.
I like that line... put to sleep like a dog that is.. very dark.. and ironic.

I also read a short story written and sent to me by Frank Larnerd called The Night Doctor.

Frank said, "The Night Doctor is set in Putnam county in 1885 and follows two slave children as they follow the Kanawha River to freedom. In 2010, the story won the Giardinia Prize at WVSU.

Your music has always inspired me, hope I can repay the favor."


Frank, thanks for this. I loved the story and highly recommend it. I believe it has been stored for future inspiration.

Thanks for hanging with me.
Sincerely,
Todd


This morning I got up like most mornings, waking up and opening one eye, then the other...and not having any idea as to what I wanted to write about. Normally, when I start with an idea I think is good, It ends up.. a clunker. I messed around some with JD Hutchison's song, "Money to Burn". JD is a great writer from Athens County WV. JD is legendary in and around WV and Southeast Ohio etc. Tim O'Brien once played in this band, The Hutchison Brothers. Before Tim was in Hot Rize. Here's a version of the song, Money to Burn, by Hot Rize. Couldn't find JD's version online. 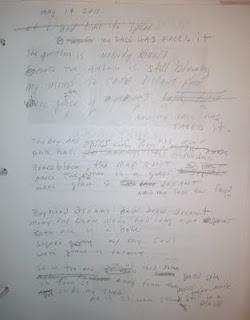 So, I've always loved that tune, but never have played it. I started messing with it some thinking I might learn it or possibly write a song like it. This is a method I use to trick myself into writing an original tune. Most of the time I get so far removed from the song I'm thinking of, it simply sounds,,.. well, original. I even went as far as to work on the line, "if i had time to spare". ha.. That didn't pan out. But, somewhere along the line, I came up with the line.. "To some distant place where grace is vacant...and my face has faced it". I liked this and the words and melody came quickly. Grace possibly? Possibly... This song might get me closer to shaving (see below), but it is way too soon to tell. More later. 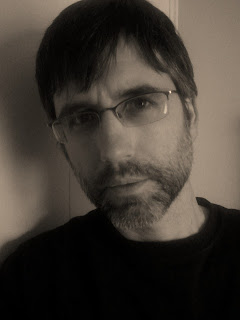 Those of you who know me, know I write a lot. Almost daily. 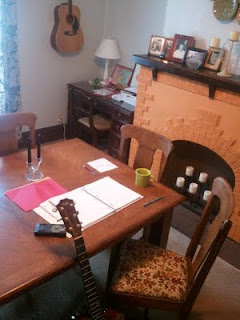 That being said, most of the songs I write, never vibrate into another's ear. Every once in a while, when I'm feeling like I'm having a dry spell, I decide to not shave until I've written a tune that I'm happy enough with to share. This superstitious behavior has served me well in the past. I decided the other day that I would shave after I've written 10 songs I'm happy with. That way, my new CD will be in place. Maybe I'll shave at my CD release party in 2018? har.

I'm thinking I might be up to about three songs or so. Maybe you've heard me sing them live. The titles being, "Looking for my Nuts", "Enough About Me", "Blue Monday", "Opening Act, Pain in the Yea" (Here I am playing it live during a show with Tim O'Brien & Bryan Sutton)

Then there is the song I wrote from the perspective of Joseph, as in THE Joseph. I was thinking what it must've been like to have been Joseph. Had I been, I would have been wildly insecure about the whole situation. Listen to my demo of "Joseph's Prayer to his Baby Son"

So, maybe I'm forgetting a tune or few, but those are the ones I am playing so far. I will soon be playing a few others. Working titles: "Bend Me Out of This Shape That I'm In", "The Spark Was There (Because of all the Friction)" and today I worked on an idea called, "I Can't Get No Satisfaction Either".. ha Bill Kirchen gave that one to me. 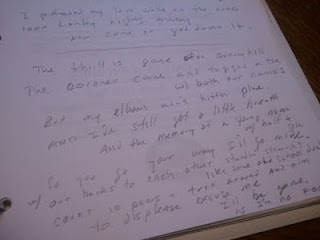 So, I'm sharing this with you as I go, because today's technology allows it and, well, because it challenges me. I always seem to do better with a bit of pressure on me. Suppose I work harder to get out from under it and all. I'll be posting ideas along the way and welcome comments and song ideas it you have them and want to share. Maybe we'll co-write one! I'd like that. Hopefully my beard won't get too long.

Thanks for reading.
Hope to see you at a show soon!
Todd
Posted by toddburge at 10:11 AM

Email ThisBlogThis!Share to TwitterShare to FacebookShare to Pinterest
Labels: Todd Burge's Beard Challenge to Himself

Here you go, Todd. Use it or lose it, your call no hard feelings either way:

A while ago, I thought we had
A sort of tacit understanding, where I knew just where I stand
But I turned around today
In time to see you walk out the door
And it all came smashing down on me
I just don’t know you anymore

The time fades on, without reflection
I thought that distance strengthened longing but alas
Now I feel like an explorer caught out in nowhere-land
I’ll miss you so, our time it passed

Hey Joe,
Thanks for the comment.. on first read, the line that jumps out is a simple one... sometimes simple ones are best huh?.."I knew just where I stand"
I might like to take just that line and mess with it some. A While ago, I knew just where I stood..
Tall like an oak.
with a meaningful "I could"
Pace myself certainly
all the ways that I should
But that was a while ago
When I knew where I stood.
hmmm..